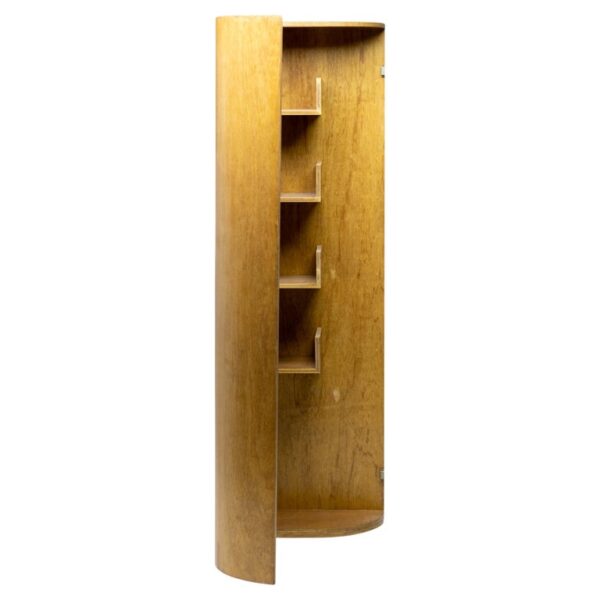 This very rare asymmetrical corner cabinet has been preserved from the original interior of the former orphanage and current national monument “Het Burgerweeshuis” in Amsterdam The Netherlands.
“Het Burgerweeshuis” in Amsterdam-South was built in 1958-1960 by renown Dutch architect Aldo van Eyck and is the first example of structuralism. Aldo van Eyck gained a lot of prestige at home and abroad with it.
Dutch Mid-Century Modern furniture is defined by characteristics of simplicity and functionality in the context of Industrial Production, and a preoccupation with geometry. The most well known Dutch designer/architect is Gerrit Rietveld. Dutch modernist designers had a strong desire to influence the post-war generation and to affect lives with good functional design.