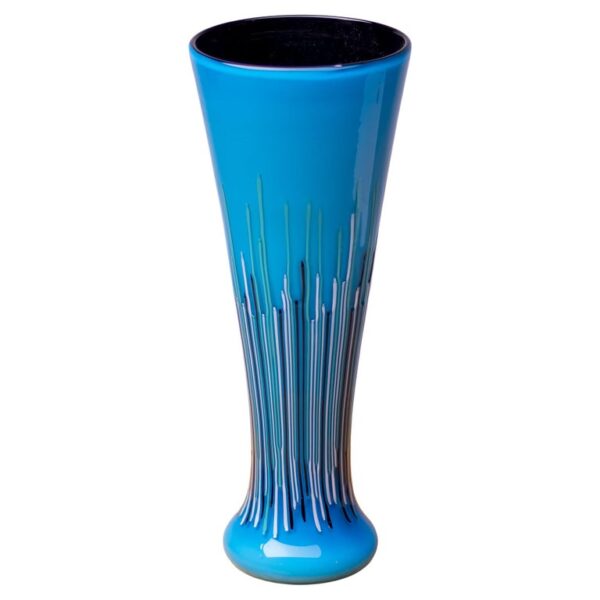 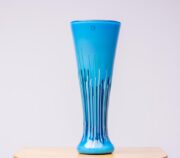 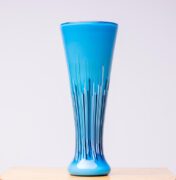 Exquisite and rare Rivoli vase designed by Gianni Versace for Venini Murano. Numbered and limited edition. Marked with Venini label and inscribed at the base.
Giovanni Maria “Gianni” Versace was an Italian fashion designer, socialite and businessman. He was the founder of Versace, an international luxury-fashion house that produces accessories, fragrances, make-up, home furnishings and clothes. He also designed costumes for theatre and films. As a friend of Eric Clapton, Princess Diana, Naomi Campbell, Kate Moss, Madonna, Elton John, Tupac Shakur and many other celebrities, he was one of the first designers to link fashion to the music world. He and his partner Antonio D’Amico were regulars on the international party scene. The place where he was born and raised, Reggio Calabria, greatly influenced his career.