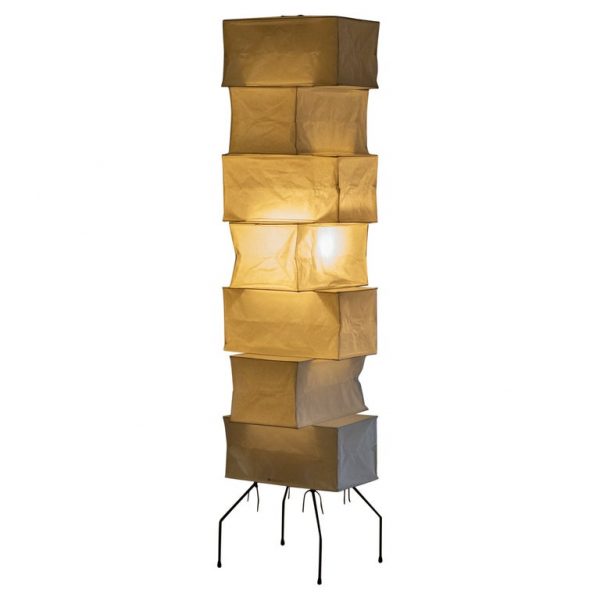 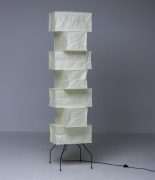 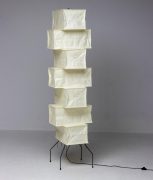 Akari UF4-L10 floor lamp designed by Isamu Noguchi, 1951. Manufactured by Ozeki & Co. in Japan. Bambu structure covered by washi paper supported by a coated metal base. Recent production, wired for U.S. standards. This fixture has one socket. We recommend one E27 25-75 W maximum bulb.
Isamu Noguchi (1904 – 1988) was a Japanese American artist and landscape architect whose artistic career spanned six decades, from the 1920s onward. Known for his sculpture and public works, Noguchi also designed stage sets for various Martha Graham productions, and several mass-produced lamps and furniture pieces, some of which are still manufactured and sold.
In 1947 Noguchi began a collaboration with the Herman Miller company, where he joined with George Nelson, Paul László and Charles Eames to produce a catalog containing what is often considered to be the most influential body of modern furniture ever produced, including the iconic Noguchi table which remains in production today. His work lives on around the world and at the Noguchi Museum in New York City.