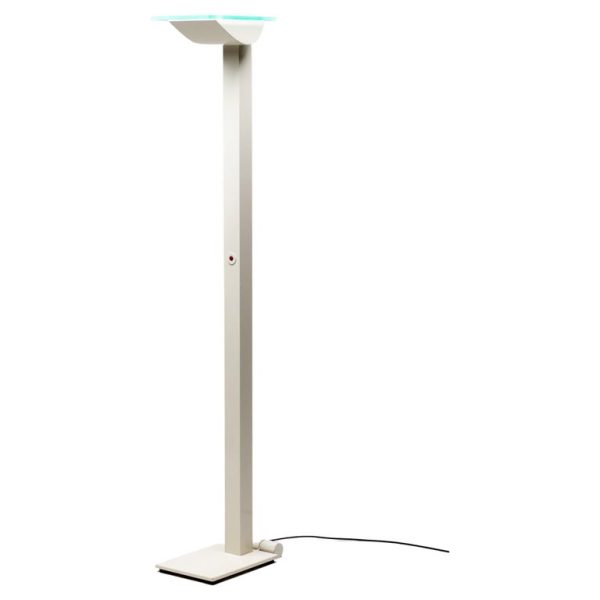 In 1987, while working for Zumtobel, the Milan-based design studio Sottsass Associati developed a floor lamp which caused quite a stir both because of its design and its lighting technology; the ID-S. This very practical uplighter is very easy to move around because of its integrated wheels. Marked with label.
Ettore Sottsass was an Italian architect and designer who was known for his contributions to the development of the Memphis design movement in the 1980s. He was born in Innsbruck, Austria in 1917 and studied architecture at the Polytechnic University of Turin. After completing his studies, he worked for a number of architecture and design firms in Milan, where he developed a strong interest in the use of color and geometric shapes in design. In 1981, he founded the Memphis group, a collective of designers that sought to challenge the minimalist aesthetic that was popular at the time. Sottsass’s designs, which often featured bold colors and geometric shapes, had a significant impact on the design world and continue to be influential to this day. He passed away in 2007, but his legacy lives on through the continued popularity of his designs and the Memphis movement.