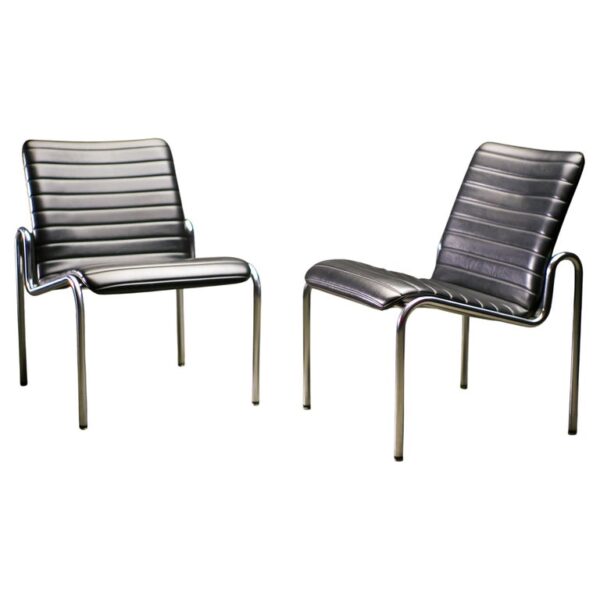 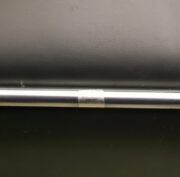 Pair of lounge chairs by Kho Liang Ie for Stabin Woerden, the Netherlands. Elegant and very comfortable Minimalist design by the Dutch modernist master. Beautiful matte chrome frame with Naugahyde upholstery. Marked with label.
Born in 1927 in Magelang, Indonesia, of Chinese Parents, Kho Liang ie came to the Netherlands in 1949 where he trained as an interior designer and designer at the Rietveld Academy. In 1958, he was appointed aesthetic consultant and designer at Artifort. His contribution shifted Artifort’s focus to the top of the international market. Kho Liang ie brought in foreign designers such as Pierre Paulin Geoffrey Harcourt, and textile designer Jack Lenor Larsen which has made his influence noticeable right up to the present day. As an interior designer, Kho Liang ie made his name with his design for Schiphol Airport, Amsterdam in the 60’s. Kho Liang ie died on 1st January 1975.