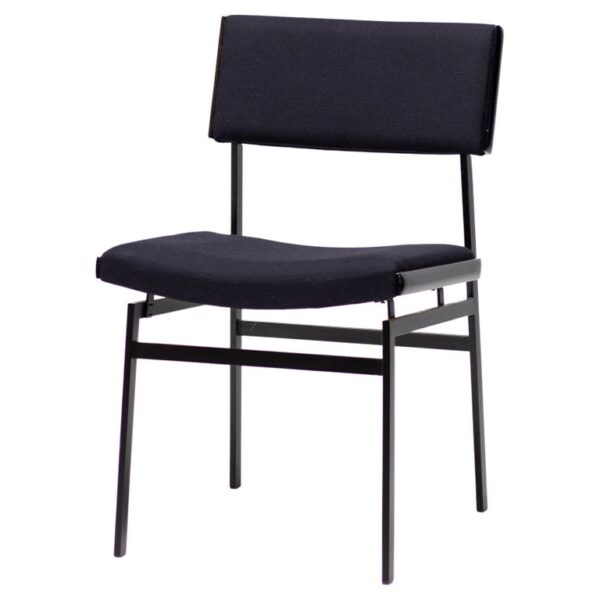 Set of 4 architectural Mid-Century modern chairs made in The Netherlands by Hulmefa. Dutch Mid-Century modern furniture is defined by characteristics of simplicity and functionality in the context of industrial production, and a preoccupation with geometry. The most well known Dutch designer/architect is Gerrit Rietveld. Dutch modernist designers had a strong desire to influence the post-war generation and to affect lives with good functional design. Marked with label.
The term Dutch Design came to be closely identified with a group of Dutch product designers who have gained international recognition particularly from the 1990s onwards. These include Maarten Baas, Jurgen Bey, Richard Hutten, Hella Jongerius, Wieki Somers, Hester van Eeghen and Marcel Wanders, as well as internationally recognized design firms and collectives like Droog and Moooi which helped gain prominence for Dutch designers at major design events such as the Salone del Mobile in Milan.
The emergence of an internationally recognized Dutch design scene has been fueled by a strong educational system for designers.[citation needed] The Design Academy Eindhoven has produced many well-known designers. In a 2003 article in The New York Times, Murray Moss, the owner of Moss, a design store in Manhattan, called it “without question, currently the best design academy in the world.” Another well-known school is Gerrit Rietveld Academie in Amsterdam.