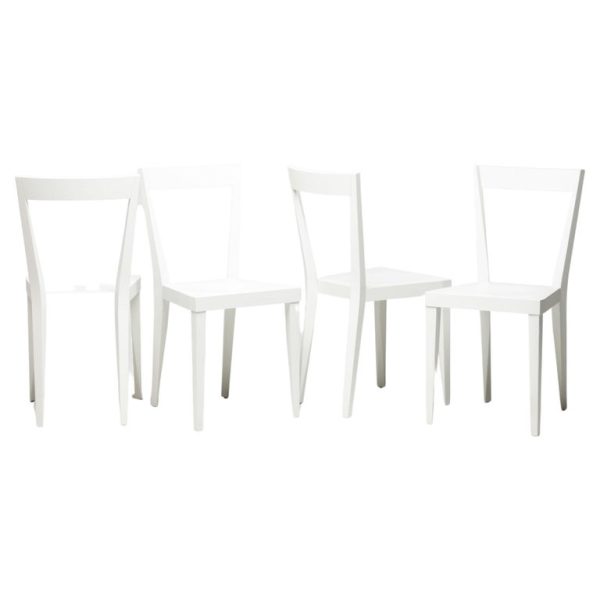 Originally designed by design Giò Ponti in 1937, the Livia chair owes its name to the ‘livianum’ offices in the University of Padua that it was designed for. Timeless is clearly the appropriate adjective for the Livia chair. It remains as modern and stylish as ever thanks to its minimal and linear design. Recent edition by l’abbate, constructed in solid beech wood, seat in plywood, lacquered in white. Giovanni “Gio” Ponti was an Italian architect, industrial designer, furniture designer, artist, teacher, writer and publisher. During his career, which spanned six decades, Ponti built more than a hundred buildings in Italy and in the rest of the world. He designed a considerable number of decorative art and design objects as well as furniture. Thanks to the magazine Domus, which he founded in 1928 and directed almost all his life, and thanks to his active participation in exhibitions such as the Milan Triennial, he was also an enthusiastic advocate of an Italian-style art of living and a major player in the renewal of Italian design after the Second World War. From 1936 to 1961, he taught at the Milan Polytechnic School and trained several generations of designers. Ponti also contributed to the creation in 1954 of one of the most important design awards: the Compasso d’Oro prize.