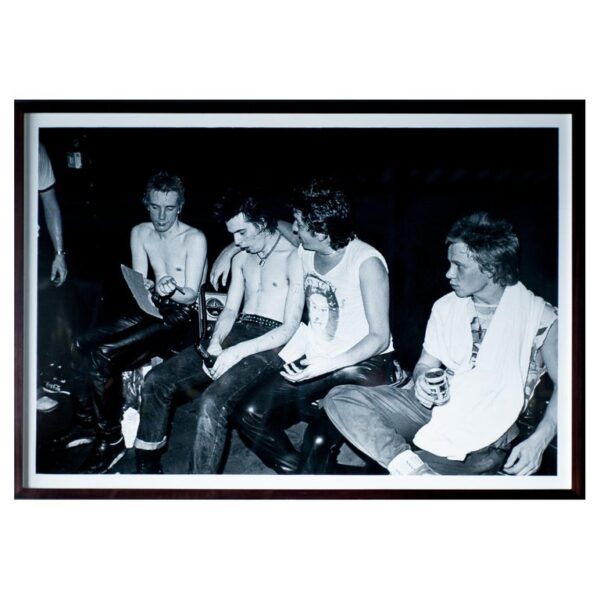 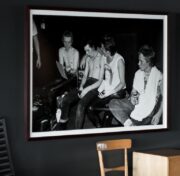 This picture was taken in 1977 by the young Dennis Morris at the age of 17, backstage after a gig in Penzance Cornwall (UK), during the infamous S.P.O.T.S. tour. Bromide fibre print, edition 1 of 5 (+2ap) from 2005. Signed on verso by the artist. Framework by Darbyshire in London, one of the best in the country. Measures: 100 x 149 cm.
Dennis Morris is a British photographer best known for his images of Bob Marley and the Sex Pistols. In 1979 he created the logo for the band Public Image Limited and the innovative metal box album packaging. He then became Art Director of Island Records and designed album covers for the likes of Linton Kwesi Johnson, Marianne Faithfull (Broken English) and Bob Marley.